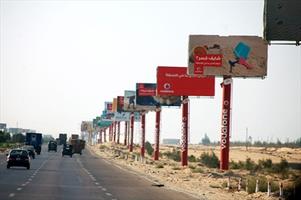 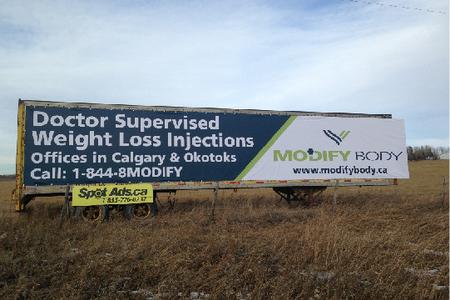 You may have noticed semi-trailers parked on the side of the road, with billboards attached to the side.  This is a trick used by the billboard industry to ignore signage regulations.

Looks like years of lobbying efforts have paid off, and legislation could be amended to allow permanent digital mega-boards throughout Ontario's farmland.

In the United States, some states allow LED billboards along their highways, while other states have completely banned all billboards entirely including Vermont, Maine, Hawaii and Alaska. (Billboard advocacy south of the border is coordinated by Scenic America).

For the last century, Ontario's highways have been strongly protected. While some municipal-run highways like the Gardiner Expressway have been littered with billboards, provincial highways have always been protected by strong legislation that bans all billboards within 400 metres of any 400-series highway. The legislation is designed to protect scenic landscapes and support tourism, while also protecting drivers from unnecessary distraction.

In 2018, the first LED billboards appeared on the 401, near Pearson Airport. The Ontario Ministry of Transportation explained that these were technically on federal land, and were not within their jurisdiction.  But in 2020, new LED boards were erected along the 401, on provincial land, in Toronto and Oshawa.  These signs are all on Metrolinx property and were supposed to be an isolated project.

But now the floodgates are about to open, unless we take action: